All You Could Ask For, by Mike Greenberg

Katherine is a 40 year old Wall Street executive.  Brook is a wife and mother of twins.  Samantha is a female athlete who just married a politician.  None of these women seem all that similar.  Each has her own life, her own drama, and her own way of coping.  But eventually, these women realize they have something very important in common, something that will change their lives.

I have super mixed feelings about this book, because the first half of the book and the second half each had a very different effect on me.  I adored the first half.  We meet the women, we learn the gossip, we watch their fairy tale/soap opera stories unfold before us.  It is intimate, and genuine, and I honestly came to adore all three women.  I felt like each woman's story connected with me, and I could not WAIT to see where this was headed.

Then, I started the second part, and felt like I had been punched in the gut, and while I suspect that was the author's intention, I can tell you, I really disliked it.  By the end of the book, I had reconciled a bit with the way the rest of the story turned out for both Samantha and Katherine, but I really disliked the rest of Brook's story.  It felt like I was complicit in her lie, and I hated that.

In general, I really enjoyed the writing of this book.  Had I gone into this book blindly, I would have never thought this book was written by a man, let alone a man who works at ESPN, the epitome of machismo.  I felt that the female characters were well written, and well developed early in the story.  I felt like they were also realistic; the characters had depth and dimension.  They reminded me of women I know personally.  So, I greatly admire the author's writing style, I just did not like the second half of the book as much as I did the first half.

I received a review copy courtesy of TLC Book Tours in exchange for my honest review.  See the rest of the tour here. 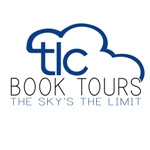 If you liked this review, please rate it (and others!) as helpful on my Amazon profile. My Amazon Profile
Posted by ok at 9:13 AM